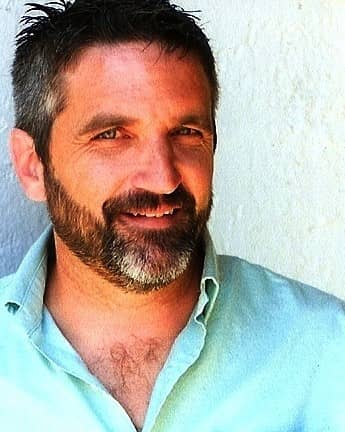 Heavens to Betsy is the eighth Sole Productions project taken on by Gary Gow, this time in the role of co-producer. Gary has spent much of his life acting on stage, in film and television. His official stint in the production department came in 2014, as co-producer of Mind Over Mindy, another Sole Productions film.

Gary and his lovely wife, Sue, currently live near Chicago with their faithful yellow lab, Finnegan. Holding degrees in both Education (B.A.) and Animal Science (B.S. and M.S.), Gary has now been teaching science for more than 20 years. 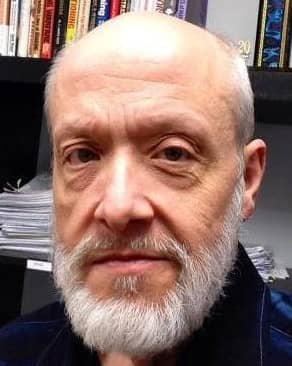 After a forty year-plus career in radio and five music-related books authored, Ronald P. Smith is currently Database Coordinator for an Alsip, Illinois-based online municipal backflow-tracking management firm. Ron’s association with and support for Sole Productions began when he wrote a review of D.I.N.K.s (Double Income, No Kids) for the IMDB and has continued through three more films. 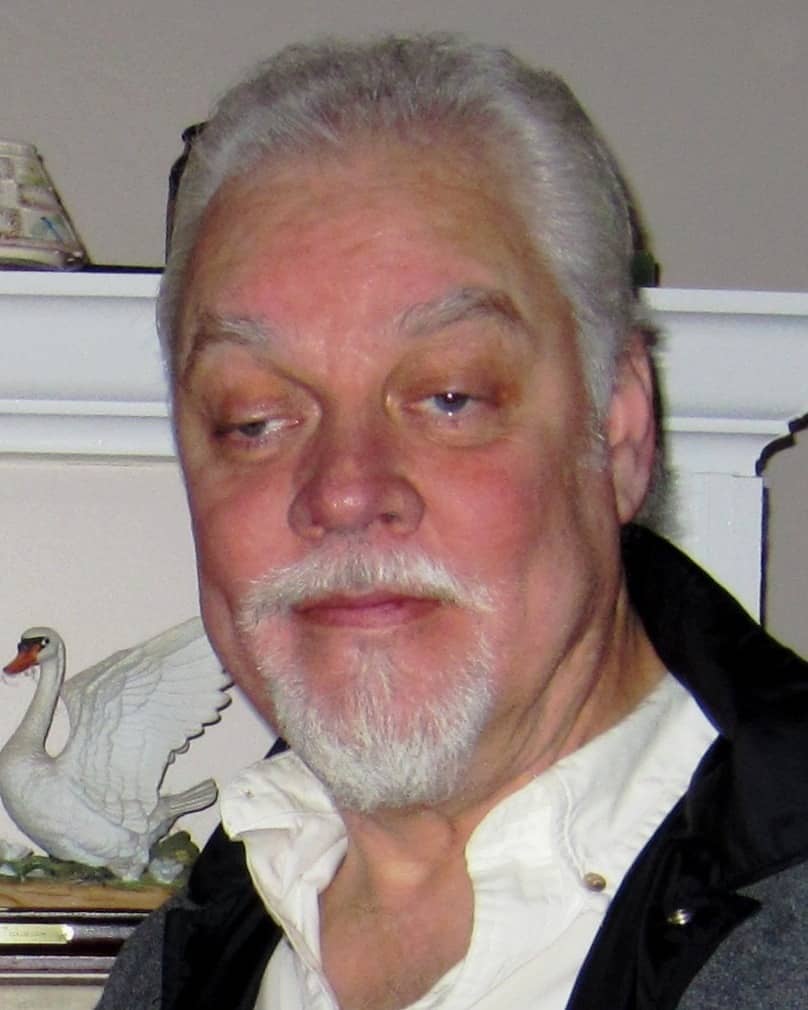 Mr. Wagoner first met Director Robert Alaniz in the early ‘80’s when Alaniz was shooting one of his first independent films at a local nightclub. The two became good friends and Wagoner agreed to help finance Alaniz’s next film Miles from Nowhere. Mr. Wagoner then moved to Tennessee in 1983. In 2007, he reconnected with Alaniz via the Internet. After viewing Alaniz’s film Bitterblue (aka Angels in our Midst), Wagoner was instrumental in getting the film aired on a local TV channel WEPG in Tennessee. Since then, Mr. Wagoner has served as Executive Producer on four Sole Productions films; D.I.N.K.s (Double Income No Kids) (2011), You Don’t Say! (2013), Mind Over Mindy (2016) and Heavens to Betsy (2017). He presently resides in Whitwell, Tennessee. 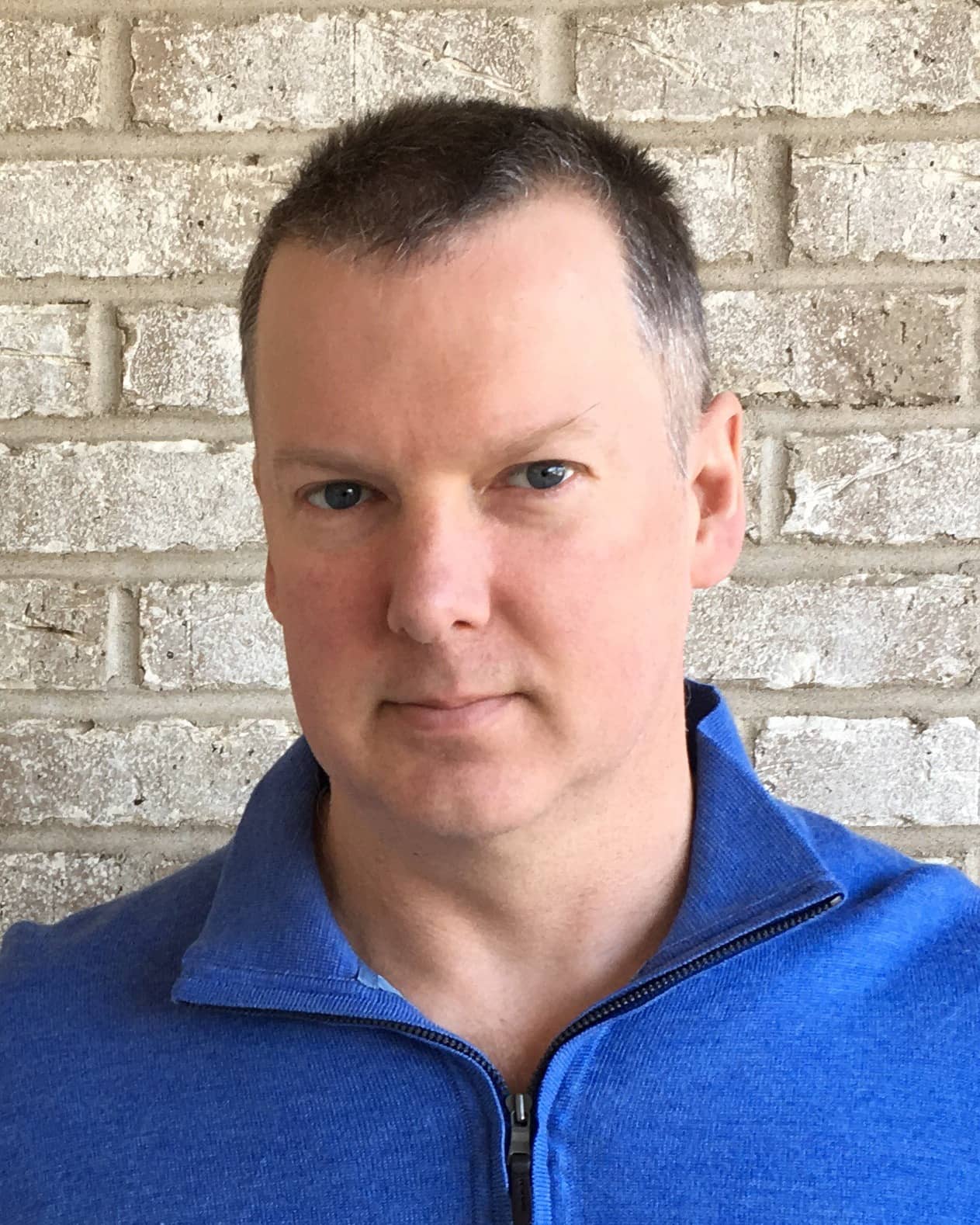 Max Nayden’s first encounter with Robert Alaniz was in a Caribou coffee shop. Max had just purchased movie magazines and wanted to learn more about filmmaking. He had noticed a newspaper clipping posted in the window about a local man who premiered a full-length feature film in 2004 called Timeserver. As fate would have it, the man in the article came in to the same coffee house and sat down. Max recognized him from the newspaper article.

He nodded to the window and asked “Is that you?” Robert answered “Yeah. We just had a premiere.” Robert then noticed the film magazines Max was reading. “You interested in filmmaking?” he asked. Max replied “Yes. I’d like to get out of what I’m doing now and into my real passion.” Robert grinned and said “Well, I’m making another one and if you’re interested, then come to the next pre-production meeting.” Max attended and it was the start of over a decade of films and a longstanding friendship. “It is one of those things that simply bolsters the notion of faith.” says Max.

Max Nayden has been Executive Producer on four of Sole Productions’ previous films. Heavens to Betsy is his fifth. 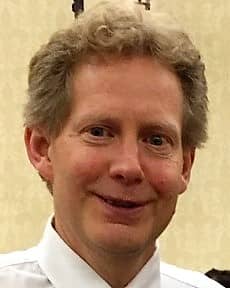 William Curtis is President of Vision Video which distributes hundreds of productions. Bill has worked in Christian Visual media field for over 30 years. He has executive produced dozens of programs including: Torchlighters: Heroes of the faith, Until Forever, For Love Sake and This Changed Everything. 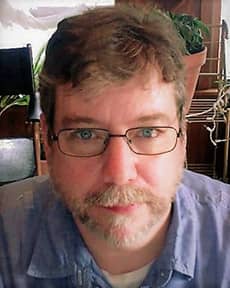 William Carroll has been a production development manager at Vision Video since 2011. In this role he has served as associate producer and script consultant on several productions including documentaries and dramas. William has a B.A. in communications from Temple University and worked for several years in photo-journalism. He lives with his wife Beth and their son Liam in the Philadelphia area.

Another familiar face to the Sole Production films belongs to long time character actor Steve Parks, who has played supporting roles in past projects like YOU DON’T SAY and D.I.N.K.s (Double Income No Kids) and last seen as Tom in MIND OVER MINDY. Other films include CURIO and A STOLEN JACKPOT where he lived the actors dream playing twins (Of course one was evil, it was a movie after all)

AS SEEN ON TV, he has also been in several commercials (these days mostly having to do with either Hospitals, Senior Medications or Gambling) for Lennox Air Conditioners, Safe Auto and Kentucky Lottery.

Stage credits include REQUIEM FOR A HEAVY WEIGHT and ONE FLEW OVER THE CUCKOO’S NEST and dozens of others.

A lifelong love for the muses, he enjoys learning how to play a new musical instrument every couple of years, and Graduated from an Art School in Pittsburgh despite failing art in the first grade for not coloring inside the lines. Not because he’s a rebel, just bad eye had coordination and gets bored easily.

For more information, please check out my website at: http://steveparksactor.com/ 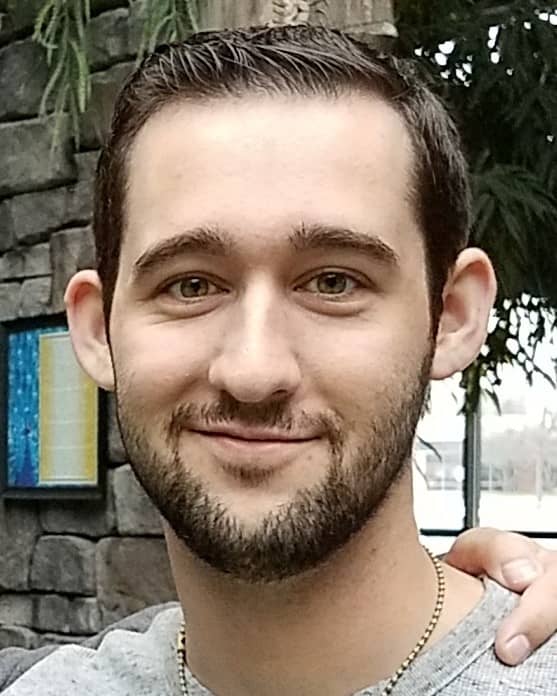 Starting as a production assistant on Sole Productions last film Mind Over Mindy (2016), Jeff Wisniewski was offered the position as Assistant Director on Heaven’s to Betsy. As a teenager, Jeff has always had a passion for film and television production, and after acquiring a degree in film and broadcast from Tribeca Flashpoint College, he has been dedicated to creating outstanding film and video work.

As well as being an Assistant Director and producing movies, short films, and web series, Jeff also runs his own small production company making commercials, music videos, training videos, and a cornucopia of other miscellaneous filmmaking projects. 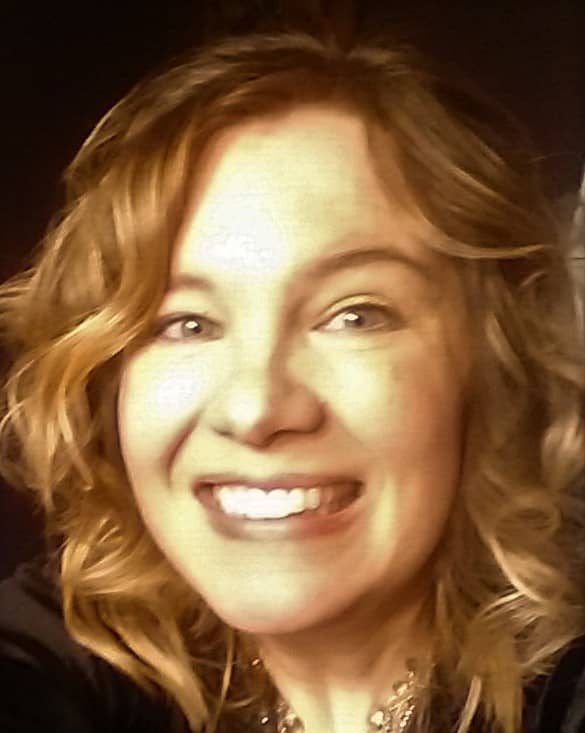 Kristen’s passion for TV and film is lifelong. Early on, she found opportunities in the industry as an extra and prior to Heavens to Betsy worked as a Production Assistant on films including Public Enemies and Transformers. Kristen also worked as a PA on Sole Productions’ Mind Over Mindy music video shoot for the song “Oh Mindy” by the Aaron Williams Band, where she first met Robert. Kristen grew up the south suburbs of Chicago and received her BS in Biology from Iowa State University. She is employed full-time as a Regional Director of Operations for an assisted living company.

Kristen lives in Kankakee, Illinois with her husband Ted and their Chocolate Lab, Sophie. 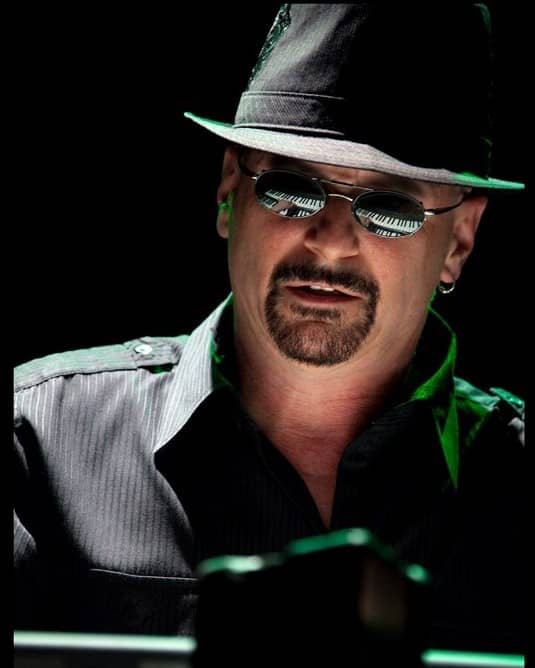 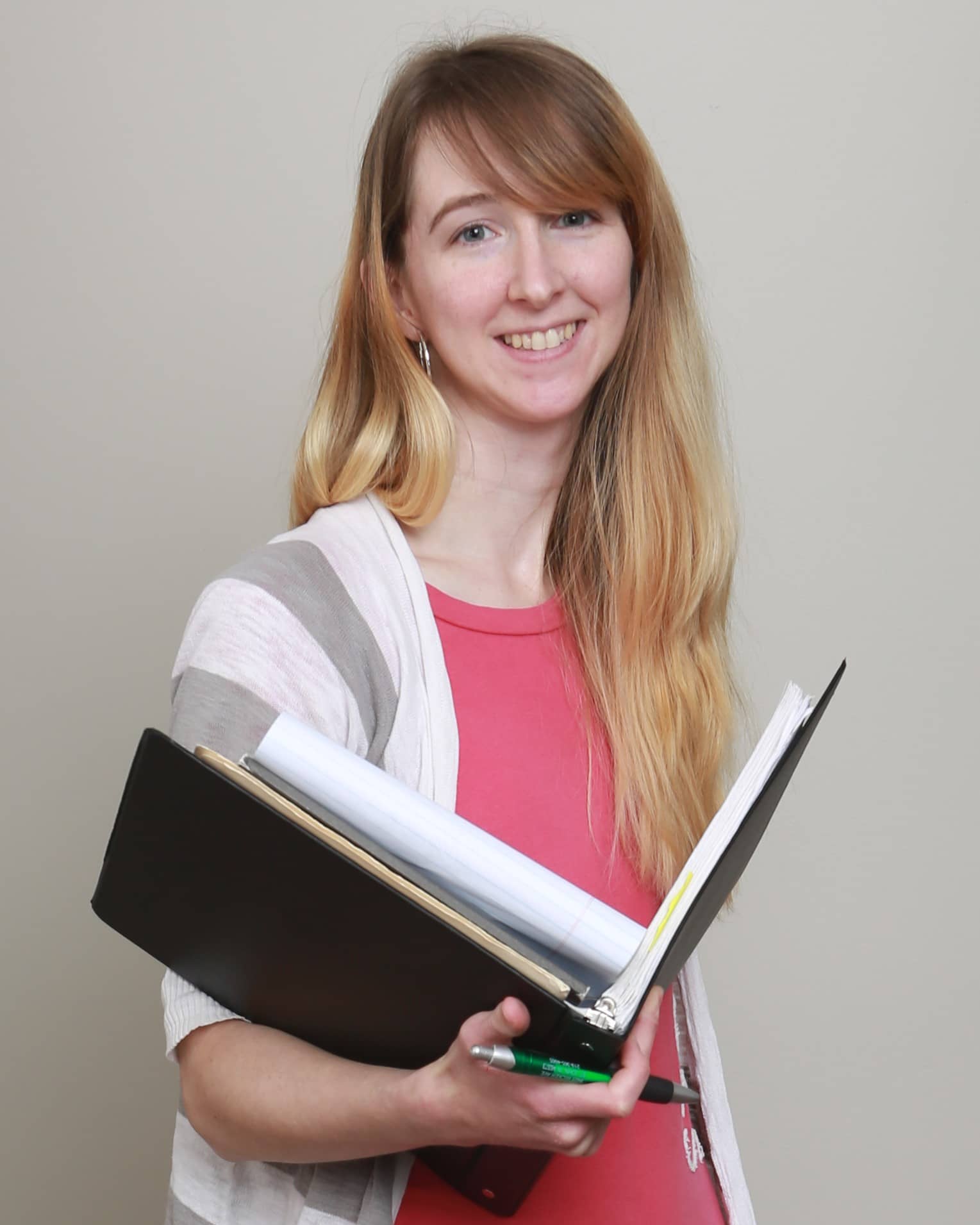 Stephanie Wiersma is the script supervisor for Heavens to Betsy. While keeping an eye on the script to make sure no one missed their lines, she kept notes of each shot taken in each scene. Her job was also to keep an eye on the details to make sure there were no continuity errors, both in each scene and in the movie as a whole. Stephanie also contributed to set decoration, location scouting, craft services, costume supervision, and other activities behind the scenes.

Stephanie has years of experience in writing and editing as well as in theater. Her training and skills along with an eye for detail gave her the expertise she needed to tackle her first job as a script supervisor. She enjoyed working on Heavens to Betsy and looks forward to more on-set experiences in the future.