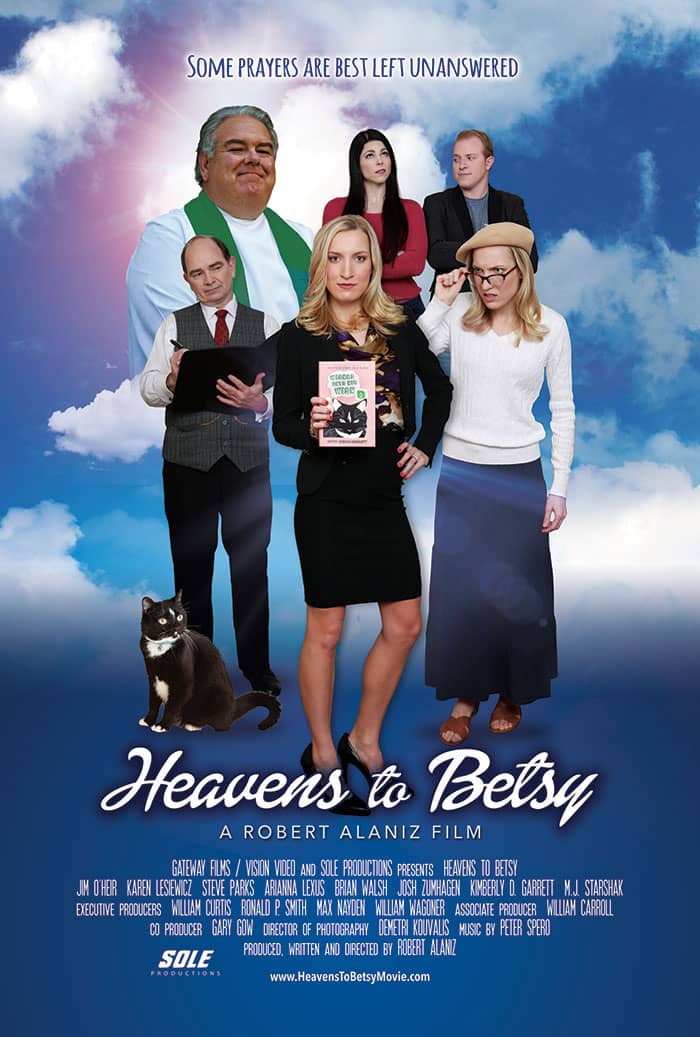 “Some prayers are best left unanswered.” 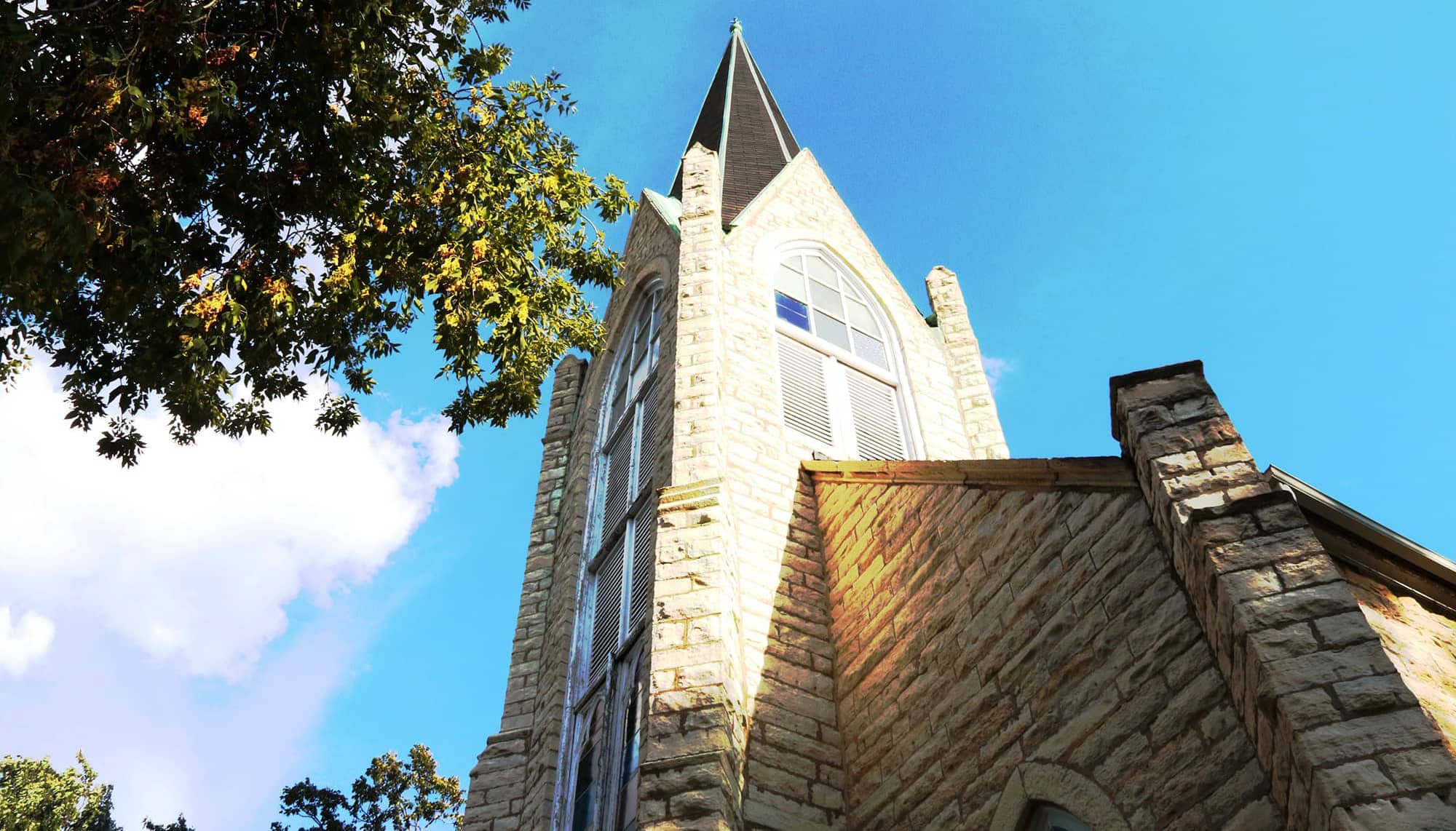 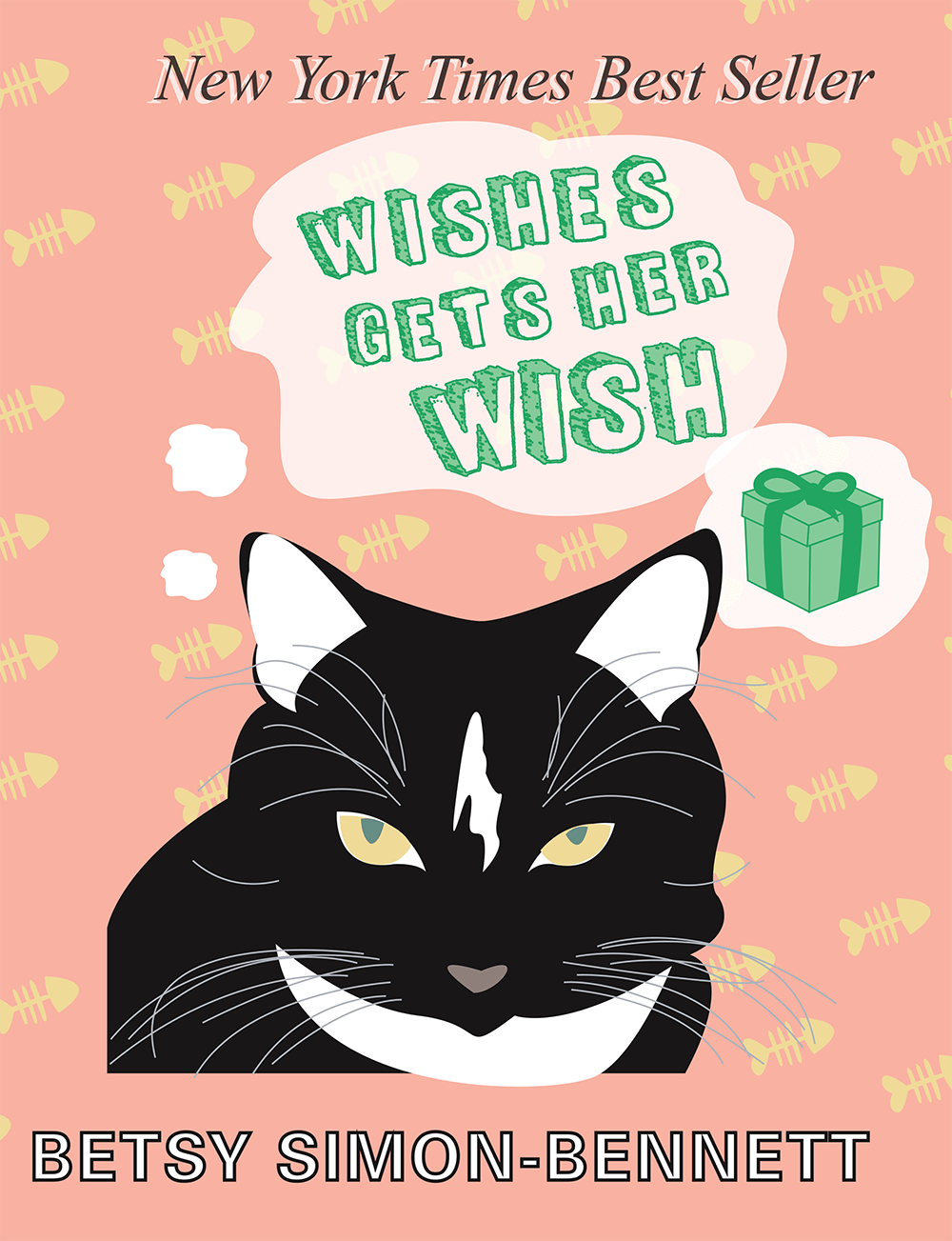 Heavens to Betsy is the latest film from award-winning Chicago filmmaker, Robert Alaniz. It tells the story of Betsy Simon, a writer of children’s books that features her pet cat “Wishes” as the main character, who is about to sign what she believes to be her first deal with a major book publisher. When things don’t go the way she prayed for, Betsy is devastated and goes to church to ask God why He has never answered any of her prayers. From the moment she steps foot out the doors of the church and much to her surprise God answers not just one, but all her prayers, from the first one she prayed for as a little girl up to that very moment in time.

“So many times we pray and ask God for things, expecting Him to give us things we want or need and when they’re not answered, sometimes we get angry at God, and blame Him for things not going the way we want them to,” says writer/director Robert Alaniz. “There must be a reason. Maybe God knew what the outcome would be and didn’t answer a prayer to protect you or save you from some unknown future, where if you had got what you wanted there would be a price to pay for you or someone you love. That possibility gave me the idea for Heavens to Betsy.”

The film stars Karen Lesiewicz as Betsy Simon, the young woman who finds out the consequences of all her prayers being answered. The talented actor, Jim O’Heir (who played the lovable Jerry Gergich on TV’s Parks and Recreation for eight seasons) plays Pastor John, the only one who will listen to Betsy when no one else does. The film’s cast includes local actors, Steve Parks, Arianna Lexus, Brian Walsh, Joshua Zumhagen, Diana Kleinaitis, M.J. Starshak, Ruth Kaufman, Kimberly D. Garrett and Sharon Dalla Costa along with several other talented actors from the Chicagoland area.

Combining elements from other great comedies like It’s a Wonderful Life (1946), Oh, God! (1977), Heaven Can Wait (1978), The Family Man (2000) and Bruce Almighty (2003), Heavens to Betsy is a faith-based comedy for all audiences that will make you smile, laugh and touch your heart as Betsy learns what could be the truth about unanswered prayers and her own perception of faith in God.